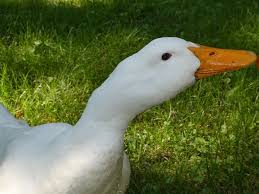 Government: In a bid to make Americans do “what’s good for them,” Obama administration social engineers have come up with a “Nudge” program to manipulate public choices. This won’t end well.

According to a report by Fox News, the federal government is hiring a “behavioral insights team” to study ways to subtly influence citizen behavior through “choice architecture.”

On paper, the intentions might sound good to some. The claim is that by mastering the nudge, government can get the public to stop eating fatty food, lose weight, quit smoking and, who knows, maybe save the whales.

But it’s bound to go bad fast, in at least three directions.

First, the government hasn’t a clue as to what’s good for the public. To take one example, take a look at the food pyramid still promoted by the Agriculture Department — a high-carbohydrate recipe that claims to offer a healthy diet. Studies show that carbs cause obesity, but the government still pushes its old message — which is a guaranteed way to gain weight.

Second, it’s doubtful this plan will remain just about heathy diet choices. If the public can be manipulated into buying certain food, how soon before the nudge expertise gets transferred to voting choices?

It’s relevant because the Obama administration has shown a propensity for turning the organs of state into electoral instruments, starting with using the IRS to target political opponents.

Team Obama has a mastery of social media, and the White House already has a vast government surveillance apparatus.

Third, there is the subtle issue of lost freedom as nudges go into effect. If government can dictate that fatty food be placed on hard-to-reach shelves, and healthy food is easier to reach, how long before it starts dictating unreasonable nudges — such as allowing fatty food only in certain areas?

This is where a nudge becomes a shove, as one social scientist warned Fox News.

In any case, it’s the nanny-state diktats of New York Mayor Michael Bloomberg writ large, a miserable failure that ignores the real purpose of government and moves into the realm of Orwell.

It should be scrapped fast.