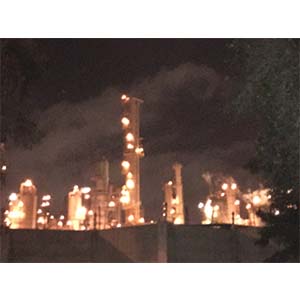 An oil magnate from Russia offers
back-up supplies if the Middle East turns off its spigots.

If the Middle East goes up in flames, the U.S., Europe and much of Asia will need to find alternative sources of energy to replace the shortfall. The state of Alaska is one place that could be opened up further, but it has only an estimated
8 billion barrels of proven reserves,
less than 1% of the global total. What about Russia?

Mikhail Khodorkovsky, 38, chairman of Yukos Oil, Russia’s second-biggest energy company (2000 sales: $7.2 billion), is receiving a lot of attention from potential Western customers. Yukos alone pumps out 1.1 million barrels of oil a day with 12.2 billion barrels in proven reserves. Russia as a whole has 50 billion barrels of reserves, 5% of the world total.

Khodorkovsky reckons that Russia could play a valuable role if there were a drop in oil supplies from the Middle East. But it won’t be easy.

Mikhail Khodorkovsky: In Russia, we export about 65% of our oil. The only economical way to ship oil is by supertanker. So if you want to ship Russian oil to the U.S., you need deep-
water ports. In Russia, the problem is that we don’t have them. But there are two possibilities: Sakhalin, which is more suited to the oil needs of the Far East, and Omisalj, Croatia, near Venice. There are also modified smaller tankers being designed for use in the Black Sea by Chevron. These tankers could ship oil from Novorossisk, on the Black Sea, to the U.S.

How much could Russia
supply?

America imports more than 10 million barrels of oil a day. Russia could supply 2 million barrels a day. If purchases start, we could produce more and more with each passing year. We feel there are about 70 years’ worth of oil reserves in Russia. My personal opinion is that Russia could provide no fewer than 7 years of oil as a backup right away.

But Russian oil costs more to produce
than oil from the North Sea or the
Middle East.

How much you can extract depends on the oil price and what technology you have. However, we do play a reserve role in the world. Our problem is transport and winter conditions. At $30 a barrel, reserves are unlimited. If the market can bear a price greater than $20 a barrel, then we can ship directly to America, but at $16 a barrel it does not make as much sense [the price is currently $20]. And there is fierce competition between oil companies in Russia.

Has the war on terrorism affected
your company?

There have been no changes in business as such, and we aren’t selling more oil. Unfortunately, Sept. 11 is an example for terrorists in my country. In New York, many more people could have died had there not been good training beforehand, so we are conducting security training around oil facilities.

One Reply to “Playing the Russia Card”