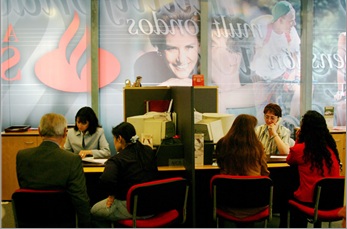 “I like symbols, so I chose May Day as the birth date of Chile’s ‘ownership society’ that allowed every worker to become a small capitalist,” wrote Jose Pinera, former secretary of labor and social security and the architect of this pension revolution. He is now a senior fellow at the Cato Institute in Washington, D.C.

What he designed has succeeded beyond all expectations. Yet Congress remains reluctant to adopt anything like it, despite efforts by Presidents Bill Clinton and George W. Bush to partially privatize an American system.

Instead of paying a 12.4% Social Security tax as we do here, Chilean workers must pay in 10% of their wages (they can send up to 20%) to one of several conservatively managed and regulated pension funds. From the accumulated savings, they get a life annuity or make programmed withdrawals (inheriting any funds left over).

Over the last three decades these accounts have averaged annual returns of 9.23% above inflation. By contrast, U.S. Social Security pays a 1% to 2% (theoretical) return, and even less for new workers.

The system is doable here, but does require citizen education and political resolve.

First, implicit debts must be made explicit, which most politicians abhor.

Chile decided to compensate workers for money already paid into the system, through “recognition bonds.” It financed this via bonds, partial diversions of existing pension taxes, sales of state assets and spending cuts.

Its road was made even easier as economic growth from a system that encourages work, saving and responsibility filled government coffers with new streams of tax revenue.

In the U.S., Social Security already is in bad shape. It’s already paying out more in benefits than it gets in payroll tax revenue.

Politicians for decades have raided excess workers’ contributions intended to cover baby boomer retirees. They left IOUs, giving the program the right to other government revenue. But that means the Treasury has to issue even more debt.

Those political raids can’t happen in Chile — private accounts are legal property, a right Pinera embedded firmly into the 1980 constitution.

As for Social Security, even the IOUs are projected to run out in 2037. If nothing is done, payouts will have to be slashed 22%.

Yet U.S. reform efforts have been timid. Rep. Paul Ryan’s “Road Map” called for creating personal retirement accounts with one-third of Social Security funds. But his 10-year House budget did not explicitly address the retirement program.

Given what’s at stake, it’s surprising that there is no bold proposal to “take the bull by the horns,” as Pinera put it, and reform Social Security completely on the Chile model. Missing this is missing a big one.