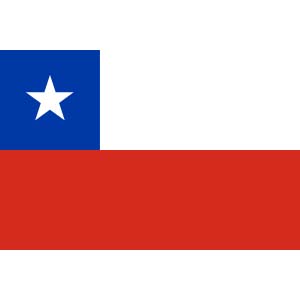 But there was one thing missing amid all these new ideas: recognition for Chile’s most spectacular innovation, the one that made the country’s development into a first-world country possible.

The tour took us to Santiago’s Catholic University, where I found myself looking around for evidence of recognition of the university’s role in igniting the free market revolution that transformed the country in the 1970s. Most of the economists who designed, created and implemented the new economy for Chile had gone to the Catholic University, the country’s most prestigious, before getting additional instruction from the University of Chicago, where their Chicago Boys moniker comes from.

The dean of the school’s economics department, Sergio De Castro, was named Chile’s finance minister in 1976, at which time he led a group of economists to create the original blueprint of the free market revolution from something he helped devise in the 1960s, known as El Ladrillo, or the little brick.

Was there a picture of De Castro among all the storied paintings on the school grounds? Was there a plaque honoring the 20 or so economists whose training at this school led to the mother of all economic innovations in the free market revolution? Was there any acknowledgment of the role played by Jose Pinera, who designed and implemented the profoundly innovative private pension system, which up until then had never been tried — and which was copiously praised Milton Friedman?

The incident points to the trouble with Chile: a lack of economic information among large groups of citizens. Pinera, who was Chile’s labor minister in 1978, knew that the idea of private pensions would have to be sold to the public. Economic ignorance was widespread, and he utilized the most important media outlet of the day, radio broadcasting, to give five-minute talks for the citizens on savings, ownership, control, responsibility and wealth building — which are the pillars of the Chilean Model — and have as their ultimate reward a comfortable retirement, which Chileans now do.

His daily broadcasts led to sign-ups for the new private pension option that went well beyond expectations. At the time, Chile’s leaders had expected 4% of the population to sign up, but got 25% right off the bat.

Pinera is no longer broadcasting from the airwaves (although he does have an excellent website demonstrating the success of the idea), and successive socialist governments in Chile have pretty well limited their recognition of the Chilean Model to criticism of it, many of them still unhappy that it’s not a state model that’s providing such high returns.

A Wharton professor, Olivia Mitchell, recently went down to Chile to sort the complaints out, and found that there was nothing to complain about — the system worked exactly as advertised, creating wealth and providing a dignified retirement for millions of people well beyond what the state could accomplish and, in fact, a much better one than Americans get with Social Security.

All the issues that had been called problems were largely the result of widespread public ignorance of economics, Mitchell found. In other words, with Pinera no longer on the radio to explain that private savings really do create wealth, the people who should know better aren’t educating the public.

It’s relevant, because the U.S. Social Security system is going bankrupt, and this year none of the presidential contenders seem to have the courage to address the issue with voters. It’s the same old economic ignorance seen in Chile.

Mitchell has a terrific piece in Forbes about the experience, testing and validating every detail that anyone who follows the Chilean model already knows. It’s well worth a read.