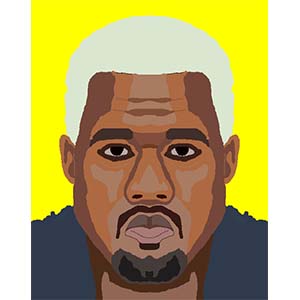 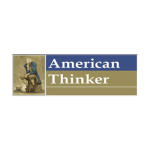 Black men’s approval for Donald Trump has absolutely doubled, according to a new Reuters poll, and his overall support among blacks has risen sharply.  This seismic shift just happens to coincide with rap superstar Kanye West’s break with the Hollywood left, coupled with his open admiration for Donald Trump.  According to the Daily Caller:

Kanye made his remarks on April 25, and much of the left panicked, calling him a sell-out, a traitor to his race, and other typical epithets black people who don’t toe the Democratic Party line have endured for years.  Kanye responded by doubling down, posting a picture of himself with an autographed MAGA cap, and calling Trump his “brother.”

What this poll represents is Democrats’ worst nightmare coming true.  Their black voting base, which has been taken for granted for years, is suddenly in play, and in a year when Democrats have assured themselves that they have the retaking of Congress in the bag.  Black turnout is what put Barack Obama in office in 2008, and now even black support is no longer a given for them.

It’s probably not Kanye alone who is responsible for this, given the stunningly improved state of the Trump economy, where black unemployment has dropped to historic lows.  But Kanye was probably the activator.  Black people can see that their job prospects are the best in history; they can see the bigger paychecks; they can relate to Kanye’s recent remarks that Barack Obama did zilch for the black community in his hometown of Chicgo; and suddenly, Kanye’s break makes sense to them, just as it does to an extreme individualist like Kanye.  It all falls into place.

Kanye’s own bad experiences with self-centered, rude Democrats such as President Obama, as well as his pleasant experiences with President Trump, probably had much to do with his own epiphany, as did his concern about the sufferings of black people by violence in Chicago.  But it wasn’t just a loud endorsement of President Trump that went on with his series of tweets.  He not only broke the barrier to blacks supporting Republicans, but did two other things to change perceptions.  He made a massive series of tweets about the importance of “love” and how he is centering his life on “love” (and talking like that takes a lot of courage), and he tweeted a lot about thinking freely.  Both of these things went a long way to breaking the perception among blacks and others that Republicans are hateful and that Republicans are narrow-minded.  If it’s all about love, why shun the Republicans?

Kanye’s one of us.  And he’s bringing the party with him.