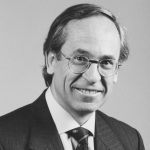 While political debate has focused on U.S. immigration enforcement, a key economic factor has been lost in the clamor. Guatemala, El Salvador and Honduras, which are supplying three-quarters of the latest cross-border flood, are bucking a trend in Latin America toward stronger local economies based on sound reforms and security.

Exxon Not Budging Vs. Venezuela Gov’t Over New Contracts

Alone among big oil, Exxon Mobil (XOM) isn’t backing down from a confrontation with Venezuela. Venezuela’s government says all foreign investors must accept “mixed company” arrangements by Dec. 31 under a 2001 law.