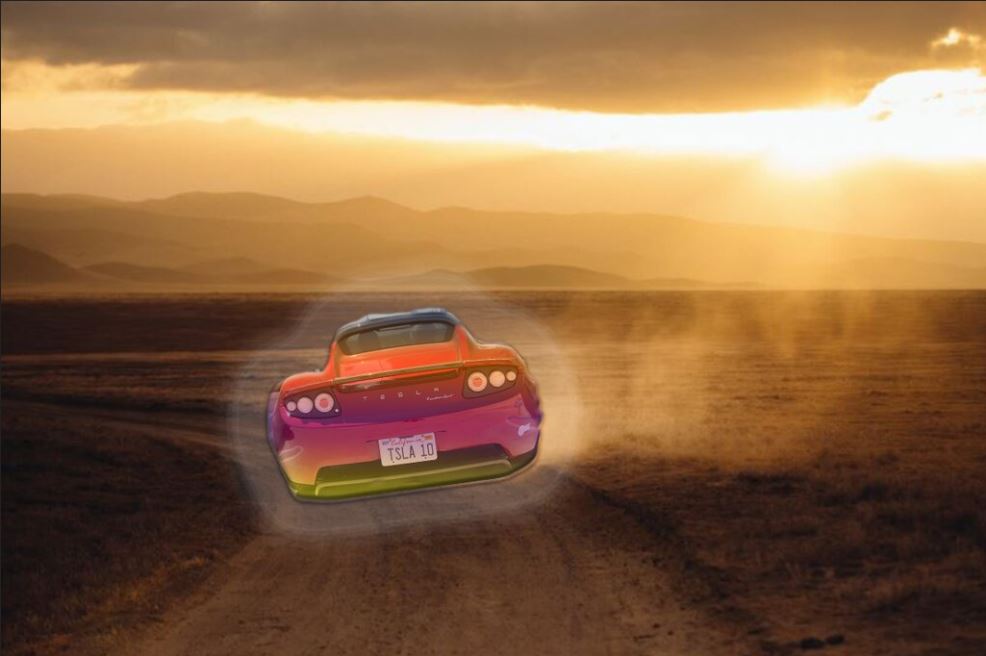 Elon Musk, CEO and founder of greenie auto manufacturer Tesla Motors, has stuck a thumb in the eye of California’s petty tyrants.

Same as the beauty parlor owner in Dallas, Musk announced Monday that he’s restarting operations at his Fremont-based Tesla plant, whether the Alameda County shutdown satraps like it or not.

This is significant for at least two reasons.

Unlike Dallas salon-owner Shelley Luther, who was basically a small fry, drawing global attention because of the disproportionate power the state slammed onto her for just trying to feed her family, Musk is a big fish, an innovator, a celeb, a hip greenie progressive, and the CEO of a closely watched publicly traded company that’s one of the state’s largest employers with a claimed 20,000 workers statewide and a claimed 10,000 workers at the Fremont manufacturing plant at the northern edge of Silicon Valley.  (The state itself says he employs between 1,000 and 4,999, for what it’s worth, but even if the bureaucrats are keeping their database up to date, he’s still one of only 11 employers of the top 25 in Alameda County who are clearly in the private sector, and only three of those 11 employ more people than he does.)

Big employer, big tax base, California is out of money, and all he wants to do is give California some of his money by restarting operations.

This alone would be a stupid reason to arrest him for social distancing violations and operating as a “non-essential” business.  Is money to the state “non-essential”?  Guess these clowns can decide.

Musk is also an emblem of California’s public image — clean, green, progressive, a guy not like the others, and his cars are status symbols.

Arresting him would draw international attention to the stupidity of a state that would arrest its fair-haired boy, amounting to an attack on its own image as a beacon of greenie progress.  Arrest him, and what does the state have?  Illegals?  Homeless?  Chesa Boudin?  They’ll have done a full Hugo Chávez, lockdown orders and socialism, a place where no business grows.  It’s significant that the Washington Post is reporting that the Silicon Valley barons to the south of Fremont, who also are desperate to restart manufacturing, are quietly egging him on.  And don’t think markets, rival companies and states, and world governments aren’t watching this closely, too.

Here’s the other thing: if Musk gets his way, and they leave him alone, you can bet a lot of businesses are going to follow with re-starts.  If Musk can restart, so can they.  The permanent state of lockdown can’t last if nobody follows it.  And if big fish are willing to get arrested to prise the economy open, it’s hard to think they aren’t going to win, given the image hit and revenue hit the state will inevitably take.

It certainly does explain why county and state officials dedicated to the economic shutdown are responding very nervously to Musk’s defiance, which came on the back of a lawsuit Musk filed to open the joint over the weekend, something Musk didn’t even want to wait for a ruling on.

Look at this mealy-mouthed reaction, reported by WaPo, emphasis mine:

Neetu Balram, a spokeswoman for Alameda County, said in a statement that the county hoped to work with Tesla to avoid any further escalation of the issue.

“We are addressing this matter using the same phased approach we use for other businesses which have violated the Order in the past, and we hope that Tesla will likewise comply without further enforcement measures,” she said, adding that the county learned Monday the company was conducting business beyond minimum basic operations.

She said Tesla was expected to submit a plan late Monday detailing how it would reopen. “We look forward to reviewing Tesla’s plan and coming to agreement on protocol and a timeline to reopen safely,” she added.

Fremont police would need to enforce the county’s order. The department did not immediately respond to a request for comment. The city’s mayor issued a statement in support of Tesla on Saturday.

In an interview, Alameda County Supervisor Scott Haggerty added that while dialogue continues with Musk, “I can’t stop him from breaking the health order.”

Translation: They’re scared. T hey know, and he knows, he’s got them over a barrel.

State assemblywoman Lorena Gonzalez’s big vulgar “F— you” to Musk the other day probably didn’t go over so well even among the satraps, in response to Musk’s threat to leave the state.

There are plenty of things for these blue-state rulers to be nervous about.

Musk also donates political cash to Democrats, something that ought to concentrate the minds of the shutdown sharifs even further.

That’s why Musk is daring them to do it.  Come get me.

Odds are good they’re going to bend, and when they do, a torrent of business openings throughout the state will follow.

Unearned power is hard to hold onto without a complete dictator grip on a society, something the state up until now has viewed as something it can hold on to for years.  But free people don’t tolerate this nonsense for too long.  Musk has put them on the hot seat.

Photo illustration by Monica Showalter with use of image by Einstraus via Wikipedia, CC BY-SA 2.0 and PXHere public domain image.