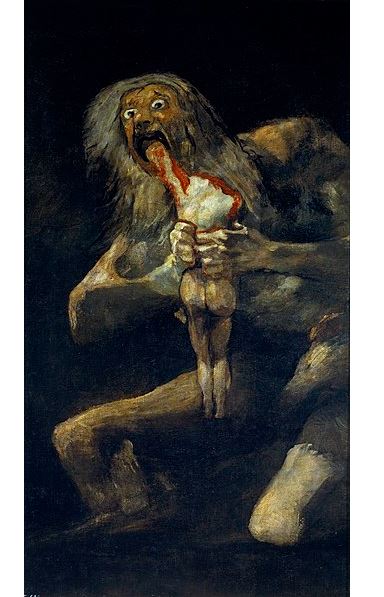 A few days ago, a Columbia University Ph.D. student from Italy described as ‘brilliant‘ by the institution’s president (in an understatement), was stabbed dead in a random act of violence by a thug with a monster rap sheet out on probation who seemed to have been let out early in Manhattan. Call it “social justice” and an “end to mass incarceration.”

The Columbia students are angry. The candlight vigils are being held, the flowers are piled in the street. The New York Post is highlighting the university’s execrable record on crime as student after student gets picked off.

It seems something is happening here, because this wasn’t the only student from an elite school who has been killed in a random violent attack on the streets around these elite universities by someone who should have been in prison. Columbia had another attack in 2018, which I wrote about here, as well as this horrific case, both of which were recent and memorable enough, but seem ancient history given what’s going on now.

There have been several in recent weeks — at Temple University in Philadelphia, at Morehouse College in Atlanta, at the University of Chicago in Chicago, and probably some others. The one thing that seems common here is that these are happening in blue cities, they are happening in places where the police have been demonized as well as defunded by the ruling leftists, and they are coming in the wake of the Black Lives Matter riots, and the rise of the Soros-backed district attorneys whose idea of prosecution is to either let them out early or else never charge them. Not surprisingly, all of this hothouse-academic radicalism has become a petri dish for criminality.

Now the shockingly violent attacks on students in elite institutions in blue cities are coming fast now.Sure, the Columbia students are angry and calling for more security around campus, some hollering about the school’s billion-dollar endowment. The school vows to provide more security, but skepticism abounds. After all, the schools only have control over the immediate campuses, the areas around the campus are where the radical ideas are implemented, and where the cops have been defunded.

Might the elites start waking up about the damage they are inflicting to law and order? At least some should be, as well as the parents who pay these schools big dollars, but as for the universities themelves, it’s going to be harder.

They’re the ones who foisted these ideas onto the public. Lefties don’t do self-criticism until they are forced to.

Well, start with her, Kathy Boudin, a convicted cop killer and leftist revolutionary who spent her motherhood time in jail while her baby son Chesa Boudin got raised by family friend Bill Ayers who ran the Weather Underground terrorist group.

Young Chesa grew up to be a Soros D.A. Boudin herself is now some kind of majordomo at Columbia with a fancy sinecure with this bio:

Dr. Kathy Boudin is the Co-Director and Co-Founder of the Center for Justice at Columbia University. Her work focuses on the causes and consequences of mass incarceration, and the development of strategies to both transform the current criminal justice system and to deal with the day-to-day damage that the system has caused. In prison, she focused on strengthening mother-child relationships across the separation of incarceration, bringing back college to Bedford Hills Correctional Facility after the termination of the Pell grants, and building a community response to the HIV/AIDS epidemic.

Since her release from prison in 2003, Dr. Boudin founded the Coming Home Program at the Spencer Cox Center for Health, Mt. Sinai/St.Luke’s, which provides health care for people returning from incarceration. She also developed a restorative practice program inside prisons for long-termers, many of whom were sentenced as juveniles, and is developing policy initiatives to release aging people from prison and to reform the parole system. Her work is based on participation and leadership from those who are most deeply affected by mass incarceration.

What’s she got to say about the murder of the Columbia student by this charmer she goes to for advice on how to treat convicts as the bottom of that passage above suggests? Where’s her condemnation of all the ‘defund the police’ and ‘let them out early’ which is now leftist conventional wisdom? I looked — and didn’t find a thing.

The anger of the students at Columbia is the right sort of anger but one wonders if any of them recognize that their calls for security are the same calls for security that the truly poor and deprived in the inner cities have been making as they endure runaway crime with zero consequences, based on these Boudin-backed academic “teachings.” The elites are getting attention now, because the killings are so vile and the losses are so horrible. But they are far from the only victims of this garbage-thought. The poor suffer just as much or more from these random killings in urban areas and are the ones who’ve seen ‘defund the police’ up close and personal firsthand. Now that the horrors have spread right into the elite universities, there’s some kind of wakeup call going on as well as a media spotlight which should have been there a lot earlier.

Maybe this elitist demonization of the police is bad for all communities, not just elite ones. Maybe some serious actions will be considered instead of guffawed at to protect the innocent.

What we are seeing here is Saturn eating its children. It’s grotesque and it’s pretty obvious where it’s coming from.