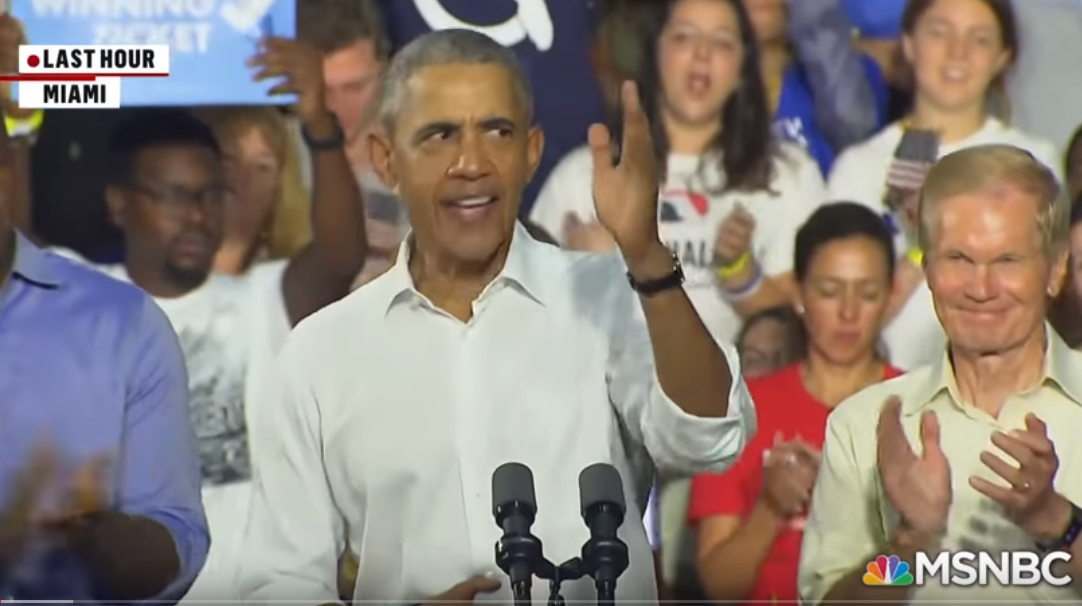 The midterms weren’t a blue wave, but they weren’t shark fin soup for Republicans either, given that they lost the House by a small margin.

That said, the big loser who stands out here is hard-campaigning President Obama, the guy who thought he was the star of the Democratic Party and who, throwing the tradition of former presidents staying aloof from politics out the window, campaigned hard, long, and loud, for Democrats in this midterm. Turns out the ones he fought the hardest for lost.

First, he did some easy ones and those candidates marched right through, Obama or no Obama:

Kaine and Pritzker, given their ties to the Obama administration, were probably favors repaid, and they ran in blue states, anyway, as did the Illinois pickups. Manchin, meanwhile, was primarily re-elected on his Kavanaugh vote, so Obama was likely irrelevant.

Those were the ones Obama went hoarse campaigning for, yelling and waving his arms, voice cracking, speeches described as fiery, telling voters to vote for these guys or die. With Gillum in particular, racial appeals were a factor and Obama’s presence was supposed to help. Gillum had a big media buildup about being a first black governor of Florida as an argument to draw votes, and he later cried racism to fend off corruption allegations. Adding Obama to campaign was obviously part of the appeal. This time, the race-politics identity card simply failed.

And Obama? What did he get? Zilch. Zip. Zero. Nada. The voters rather noticibly rejected the ex-president’s appeal for votes. Been there, done that.

A prized and coveted Obama endorsement, or campaign stop, obviously isn’t the election winner in a tight race it used to be. In fact, with these midterms, when it matters, Obama’s a bust. The lesson here that Democrats will surely notice is that it’s largely useless.

Obama will be not be easy to get off the stage, given his love for the limelight. But I suspect we will be hearing a lot less about Obama on the campaign trail, except in the easiest of races, as the reality of what happened among Democrats starts to sink in.

Update: Washington Examiner argues that it was Obama’s ego that did him in.