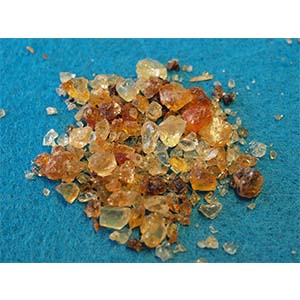 President Bush has vowed to use financial weapons to attack Osama bin Laden. It will be difficult to do so, but not impossible.

Bin Laden started his terrorist career as a rich patron of Islamic mercenaries, fighting the Soviets in Afghanistan. Al Qaeda, the umbrella organization he helped establish in Afghanistan 12 years ago, now employs 3,000 civilians and 2,000 armed troops. It also operates communications equipment, training bases and safe houses around the world, which are used by Muslim extremists from Egypt to the Philippines.

“I look at bin Laden as the chief financial officer of a very loose coalition of radicals,” says Frank Cilluffo of the Center for Strategic & International Studies, a think tank in Washington, D.C. “It’s not a monolithic, hierarchical organization. But he is the glue that holds these groups together with money, training and
support.”

Bin Laden has financed his terrorist network in a variety of ways including the proceeds from his inheritance of $50 million to $60 million (see box, p. 40). Here is where the money comes from:

Drugs Al Qaeda skims a cut of Afghanistan’s heroin exports, worth about $8 billion wholesale a year. The take is elastic, based on Al Qaeda’s needs, and drug enforcement officials estimate Al Qaeda has stockpiled opium worth $2 billion at today’s prices. Rachel Ehrenfeld, the director of the Center for the Study of Corruption in New York, says: “They are selling it in Russia and Europe. It’s the main source of terrorism funding, and they are using legitimate sources to cover it up–groceries, fruit stands, garages.”

Stocks “Our indications are that bin Laden seems to play the stock market,” says Duane Clarridge, former chief of CIA’s counterterrorism center. Although airline and reinsurance stocks were hit by unmistakable put options and short interest positions in a rush of high-volume trades within a few weeks of the attack, bigger money was made shorting the DAX, Nikkei and S&P indexes, says David DeRosa, a derivatives expert. Philip Erlanger, the former chief technical analyst at Fidelity who’s now in private consulting, estimates that profits from this “inside” trading are as high as $300 million.

Charities In the U.S. alone, charitable groups raise from $10 million to $15 million a year for Islamic movements and militant organizations, estimates Steven Emerson, a researcher in Washington, D.C. On Sept. 24, President Bush ordered the freezing of assets in the U.S. of three charities alleged to have links to bin Laden. In Pakistan, private educational institutions linked to Islamic militants receive millions of dollars anonymously via the internet from individuals in Saudi Arabia and the United Arab Emirates, says Jessica Stern of Harvard University.

Extortion A former intelligence officer based in Europe, now a business consultant, cites a variety of companies that pay terrorists to be left alone. These include oil operations in South America, Angola and Nigeria, timber exploitation in Southeast Asia and some airlines in the Middle East. Until recently, even a Jewish-owned bank was paying Hezbollah, a terrorist group based in Lebanon and affiliated with Al Qaeda.

An executive in the financial division of state-owned oil company in southern Europe explains that donating money to Islamic groups is simply a cost of doing business in the Middle East. “I have been more and more worried about these transactions over the last seven or eight years, because friends in our government’s secret service have told me that a number of these intermediaries have direct links to terrorist organizations,” he says. “The real story is how these terrorist organizations came to be on our payoff list, [which] in effect is dictated by the party [i.e., the host government] with which we are doing business.”

Smuggling Last year 11 people in Charlotte, North Carolina, most of Lebanese descent, were arrested for smuggling cigarettes from North Carolina to Michigan to reap the tax differential between the two states. After three years of investigating the group, the FBI charged them with sending $1.8 million to Lebanon, some of which went to Hezbollah. They’re due to face trial in April.

Direct investments Bin Laden spent part of his inheritance on establishing a variety of businesses in Sudan: a trading company, a construction company and a foreign-exchange company. He also controls an Islamic bank and a majority stake in a large gum arabic plantation, most of whose output is exported to France, yielding as much as $100 million a year.

When and where this money changes hands, there is a paper or a digital trail that can be tracked by intelligence gatherers. Bin Laden controls “too much money to simply hide it under a mattress,” says Mark Pieth, a professor of criminal law at Basle University in Switzerland and chairman of the OECD working group on bribery. “There is no question that he uses modern means, but the money is systematically anonomyzed.”

Soon funds will move digitally. “They will be using cybertechnology, smart cards and internet fund transfers and moving to offshore internet banks. These are tools that will help bin Laden keep his financial activities secret. It will be more difficult to trace these people–and it already is difficult,” says David Mussington, senior scientist, at RAND, in Arlington, Virginia.

Money may be deposited first with a banker who is sympathetic to the cause. Then it will be transferred to an institution that won’t ask questions, in such countries as Syria, Lebanon or Cyprus. From there, a banker with no apparent connection to bin Laden might deposit the money in an offshore account or with an intermediary that specializes in “tax optimization,” explains Pieth. “These intermediaries, sometimes called parabankers, might set up shell corporations and sell shares to help clients minimize taxes. These are the intermediaries that authorities are putting pressure on now. They are not religiously bound–they are in it for the money–and they are scared to death.” Most will come forward voluntarily, because if they are found out, they are finished, he adds.

The threat of publicity could be a potent weapon. In the mid-1980s, the FBI and the CIA discovered that the organization of Abu Nidal, an Arab terrorist, was using the London branch of the now-defunct Bank of Credit & Commerce International as a funding channel. The CIA also discovered that Nidal had businesses in Warsaw, East Berlin and other important European cities that generated funds for his terrorist organization. But diplomatic efforts to act on the information went nowhere.

As Clarridge recalls in his memoir, A Spy for All Seasons, it was only after he convinced the U.S. Department of State to publish details of the terrorists’ hierarchy and financial dealings in a handbook distributed worldwide through U.S. embassies that governments and financial institutions were shamed into terminating their links to Nidal’s group. Once Nidal realized that his secrets were out, he trusted no one. He turned his terror campaign inward, killing more than 300 of his closest associates in late 1987. Nidal is now in Iraq.

At the world’s big banks, compliance officers are already trying to apply what they have learned from years of watching for drug-related financial activity and money-laundering. Mark Musi, the head of compliance at Citigroup’s private bank, says that he has already observed a change. “In the past, banks in places like Switzerland would be willing to open up their books when there was suspicion of drug-related money.” Terrorism did not get the same consideration. “Now, there is fairly unanimous support among most international banks to turn over evidence when terrorism is suspected.”

But insurance companies and securities companies, which operate under different laws and guidelines in most countries, have not been subject to the same scrutiny. Monetary authorities and intelligence agencies in Europe, Asia and the U.S. are now putting great pressure on all financial institutions to come clean or risk exposure. The intelligence gained can be used to trace the money as close as possible to its source and to shut down a few middlemen along the way.

“With bin Laden you’ve got to consider his major links with Pakistan, the Gulf, Africa, Turkey and Iran, where a lot of his assets are held. He’s not having money sent to him in Afghanistan because that’s not where you spend money,” says Jeremy Wetherell, a former British intelligence officer who now runs a private security business. “The U.S. is going to have to place a complete embargo on countries that allow of transactions of that sort to take place.”

As the U.S. and its allies become more adept at tracking flows of money to and from terrorist groups, bin Laden and his supporters will find new ways of evading the authorities. It’s a deadly game of cat and mouse.