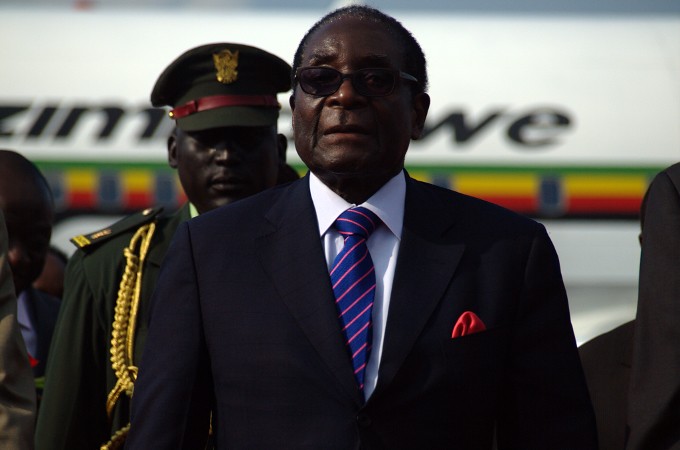 Corruption: Zimbabwe tyrant Robert Mugabe is asking the United Nations for $1.5 billion a year to feed his people, who he says are hungry due to global warming. The looting begins.

About a year ago, we said that the global warming scare is not about stewardship of the environment. It is instead an effort to pull down capitalism and redistribute wealth from rich nations that earned it to poorer nations whose governments impoverish their own people. Mugabe fully understands the plan and is making his demands accordingly.

The Zimbabwe Herald, the state-run newspaper, reports that a fifth of the country’s population is facing hunger and insists that if global warming isn’t causing the hunger now, then it will be soon. But hunger in Zimbabwe is nothing new, though it is man-caused. It’s the work of Mugabe, though, not Westerners driving SUVs, air conditioning their large homes and running a wealth-producing capitalist economy.

Before the Marxist Mugabe ruined Zimbabwe, it was a net food exporter, considered the breadbasket of Africa. Wheat, corn and sugar cane were routinely shipped across the continent and beyond.

Mugabe has been president since 1980, but his reign of terror began in 2000, when he started plundering private farmland in his “land reform” program.

Meanwhile, next door in Botswana, a nation with a similar climate and natural resources, food production has increased by 29% since 2004 while declining 9% during the same time in Zimbabwe.

Naturally, Zimbabwe’s economy has suffered as well. By 2009, inflation had reached 500 billion percent thanks to Mugabe’s Marxist policies, and the economy contracted 10% between 1998 and 2008. Mugabe’s regime also created a brain drain, as 3 million fled, including “tens of thousands of doctors and lawyers,” says Marian Tupy of the Cato Institute.

But Mugabe knows that the United Nations will pay no attention to the facts. It will pretend that Zimbabwe’s hardships are due to global warming and likely give him what he’s asking for from the Green Climate Fund, created last year at the Paris climate talks to “to assist developing countries in adaptation and mitigation practices to counter climate change.”

For those who think this would be a humanitarian response, think again.

“Any money which falls into Mugabe’s hands is unlikely to be spent on food, or if it is, he will be very selective about who receives the food,” says climate blogger Eric Worrall.

“Make no mistake, if the promised U.N. climate cash starts flowing in Africa,” Mugabe and other “vicious political thugs who are well enmeshed in pan-African diplomacy … will collar the lion’s share.”

because Mugabe won’t be the only one to dip into the treasure that was made just for them. One by one and in groups, they will come with their demands, and they will leave with their hands full. The productive citizens in advanced nations will be poorer, and so will the poor souls who live under the tyrants’ boots. Only the malevolent leaders and those in their elite circles will be better off.

This, of course, is perfectly in line with the U.N.’s goal to “intentionally transform the economic development model for the first time in human history,” as Christiana Figueres, executive secretary of U.N.’s Framework Convention on Climate Change, has put it. It is the real reason behind the global warming scare.